Solar Power For Preppers: 5 Important Products You Should Know Hurricanes, huge earthquakes, and the possibility of a full-scale government shutdown are all on the minds of preppers. If any of these things happen, one of the first fundamental resources to go is power.

Most individuals could survive without power for the first 48 hours, possibly even longer if they had an emergency supply, and the outside temps are ideal – but there’s no way to know how long they’ll last.

Why the Solar System?

Solar power, which produces electricity through roof-mounted photovoltaic systems, has been the fastest growing and most cheap alternative source in recent years.

What’s the harm in that? Solar energy is clean, free, and accessible to the general public on almost any given day. Almost any disaster event could result in a power outage of some sort.

The country’s aging power infrastructure is based on decades-old technology, and it’s being strained even more by rising public demand – outages can be widespread, as they were in 2003 when eight states and parts of Canada lost electricity for up to two days in certain locations.

Wouldn’t it be comforting to know that your home was prepared with a solar power system in the event of another power grid collapse due to age, natural reasons, or human acts?

The ambition of most preppers is a massive solar-powered system that allows them to live entirely self-sufficiently. Still, that idea is not feasible for many, let alone economical.

However, a modest solar power system capable of covering your family’s emergency electrical needs may be set up quickly, allowing everyone to survive in some semblance of comfort.

Fans, a radio, a tiny TV, and even a refrigerator can all be powered by a small system.

Solar panels, a mounting setup, batteries, and a power inverter are all part of the system.

The solar panels convert energy, which is then sent to the battery system (or the home’s electrical panel) for storage. The charge controller links to the batteries and regulates the amount of electricity transmitted into them.

This process produces DC electricity, which is converted to AC electricity by the inverter and used to power the appliances.

Designing of a Solar System for Preppers

Plan your system to fulfill your anticipated emergency power requirements.

The number of batteries you need will be determined by how many panels you have and whether you have enough amp-hours to keep the inverter running at the level needed to power your appliances.

Golf cart batteries will suffice for smaller power systems, whereas deep cycle batteries will last longer and have more discharge cycles, but they will be more expensive.

Keep spare batteries on hand, regardless of which model you choose. Do not utilize vehicle batteries for this purpose because they were not built for it.

The panels must generate enough energy to recharge the batteries, which will take at least 5 hours per day in sunny climes and even longer on gloomy days.

On today’s market, the average solar panel produces around 200 watts. The output of more efficient monocrystalline panels will be slightly higher.

Before selecting a system kit, calculate your average daily and monthly kilowatt-hour (KwH) usage. These numbers will be available from your utility company, as previously stated.

Determine where you can save energy in your home. Repair any air gaps or leaks that allow warm or cold air to escape or enter.

Make it a family rule to turn off lights, appliances, and other electronic devices when not in use, and keep in mind that standby mode still consumes electricity.

This will, of course, cut your household’s energy use over time and improve efficiency during calamities.

Then conduct a solar site study to find the ideal location for the array, whether on your roof or on the ground, where it will receive the most sunlight throughout the day.

The typical norm for North America is a south-facing array inclined at an angle appropriate for your latitude.

Take the data (average household consumption and survey findings) and shop around for prices from dealers and manufacturers, taking into account the current 30% federal tax credit as well as any state and local tax rebates and incentives.

The inverter’s job is to convert DC electricity stored in the battery bank into usable AC power and transfer it to your loads in the same way that you would plug into an AC outlet at home.

Depending on the off-grid loads required, inverters exist in various sizes that can serve smaller or higher loads.

Another factor to consider is whether the inverter can handle all of the loads in the system simultaneously.

When all of the unit requirements in the off-grid system are totaled up, the maximum amount the inverter must be able to handle is determined. To learn how to determine system loads, watch the video below.

There are two main battery chemistries in the solar power industry: lead-acid and lithium. There are a variety of lead-acid battery alternatives, which means the battery can be built in various ways.

A flooded battery is a conventional wet cell lead-acid battery that is usually the least expensive upfront. The batteries themselves are quite affordable, but they require routine maintenance to ensure that they last as long as possible.

To keep the batteries from being destroyed, routine maintenance is required, such as checking the water levels and the specific gravity.

Regular equalization charges should also be performed to help release any build-up that has crystallized and clung to the battery’s plates.

When dealing with hydrogen gas emissions, a lack of ventilation might be deadly, so it must be addressed seriously. Because these batteries are so inexpensive, many people prefer to use them for solar applications.

Most preppers like to do things themselves, and installing a solar panel system for your home is no exception. While professional, registered dealers now do most installations, there is still a lot that pepper may do on their own.

There are solar kits available that will cut your energy bill significantly today while also producing enough power for disaster mode when your electricity is rationed.

Products to Buy other than above

Preppers will need backup solutions if they want to survive without electricity. Fortunately, solar technology has progressed rapidly in recent years, and there are many new solar gadgets on the market.

Apart from the parts indicated above, we’ll look at several solar-powered survival equipments that preppers can purchase.

Remember how you used to burn leaves or ignite little fires with a magnifying glass when you were a kid?

That’s exactly how the Optic Fire Starter works. It’s a piece of high-grade plastic that catches the sunlight and swiftly starts fires. This off-the-grid device is about the size of a credit card and is easy to carry. 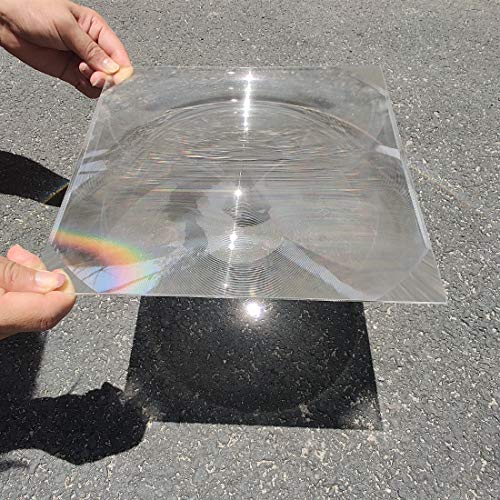 Preppers Want It Because Fire is necessary for survival and among the hardest environmental assets to produce. This tiny guy is a savior when the kindling is too wet, or you’ve run out of matches.

Gather your tinder and use the solar fire starter to capture a beacon of sunshine that will generate enough heat to spark a flame.

The solar-powered battery is a power bank that receives solar power via a small solar cell that converts sunlight to electricity. The power bank contains a dual USB port, an LED flashlight, and a 10,000 mAh capacity. 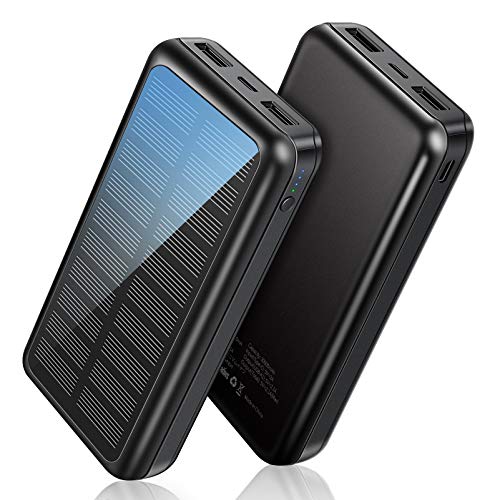 Preppers Want It Because

This one speaks for itself: a waterproof and shockproof electric charger that uses the sun to recharge all of your devices.

Here’s a luminescent inflatable lantern that doubles as a lamp, illuminating a larger area for up to 12 hours that’s an entire night of darkness! Charge the lantern by leaving it out in the sun during the day and turning it on at night.

When you’re ready to use it, inflate it with a puff of air, then deflate and compress it for easy storage. 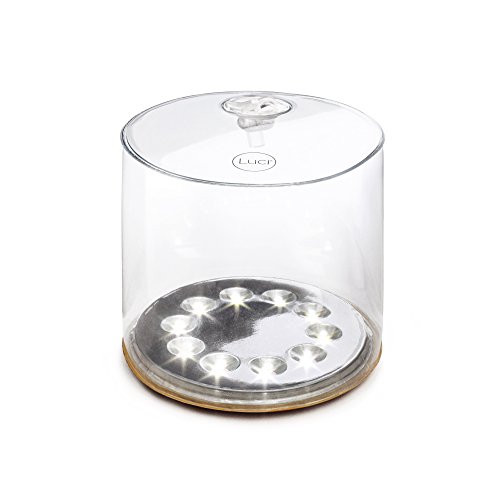 This is a great lightweight extension to any kid’s or adult’s bug-out bag. Use it for a couple of hours as you set up camp for the night, or leave it on all night for security.

Preppers Want It Because:

You can use this solar lantern to attract fish and critters while fishing because it is waterproof and floats on water! Choose between high and low light, and adjust according to your requirements.

The solar-powered flashlight has a hammer, a compass, and a small cutting knife. When you’re not using the solar energy in this device as a flashlight, you can use it as a 2,000 mAh power bank. 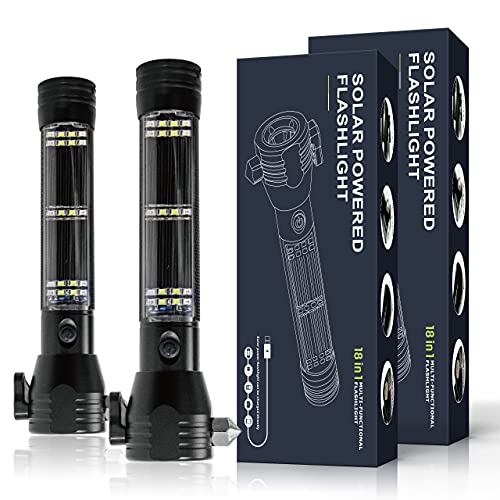 Preppers Want It Because:

A source of nighttime illumination, A hammer is needed to set up camp, A navigational compass, A knife for cutting fishing lines and food. Also included is an emergency charging bank for your electronic devices.

Never overlook a device that performs multiple functions in such a small package. When you’re on the go in an emergency, gadgets like this are invaluable.

The Mini Portable Oven is a foldable insulated bag that captures and jumps sunlight off the oven’s solar walls, resulting in contained heat that can reach temperatures of up to 200 degrees.

A collapsible pot, a tray, and a thermometer are included with the Mini Oven. It does not necessitate the use of any kind of flame.

Smaller portion sizes of food, casseroles, and thin cuts of meat work well in this oven. 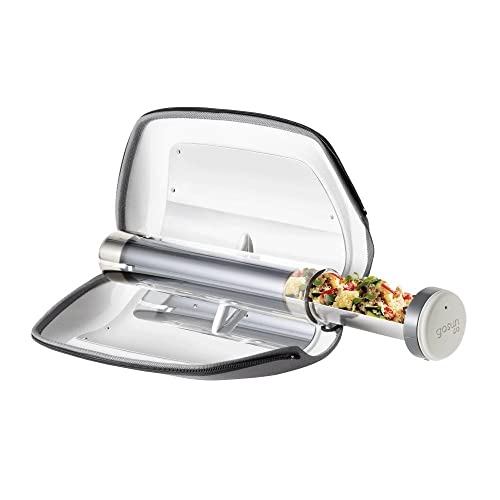 If you’re traveling with a family or a group, you’ll probably want the ability to cook larger portions and a wider variety of foods.

The Portable Solar Oven is a better choice in that case.

Preppers want it because:

This oven provides a no-fuss cooking option. You can save time and energy with a “set it and forget it” cooking regimen.

There’s no need for a fire so that you may keep a low profile. Even during the day, you can use it to pasteurize water. It folds up as thin and light as a board, so it won’t take up much room when you’re out and about.

After installation, the pepper solar power system is pollution-free and emits no greenhouse gases. It’s simple to set up and maintain, and there are no bills or taxes to pay.

Even cloudy days provide some power from renewable clean energy available every day of the year.

It may be placed almost anyplace, from a field to a building, and batteries may store extra energy for later use.